With each new day of the Trump administration, divisions in the American electorate continue to be drawn out.

This weekend, thousands of Americans took to the streets protesting Donald Trump’s executive order on immigration and refugees, a measure that many Trump supporters are pleased about.

I documented a rally in front of the White House at Lafayette Park. It was interesting for several reasons.

First, the fences and temporary stands for the inaugural parade still stood in place, almost entirely blocking access to the front of the White House and cutting off portions of Lafayette Park and Pennsylvania Avenue to foot traffic. Still, people filled the space – and how.

When I showed up at noon, just a few dozen bystanders lingered. Some of them observed a couple engaged in performance art. 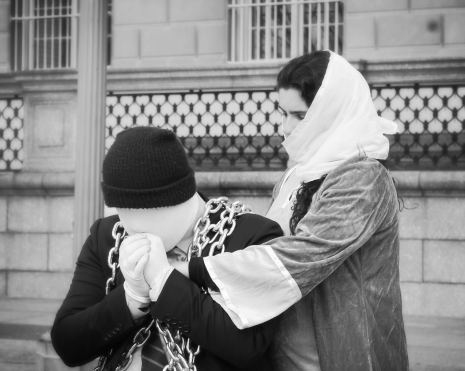 Within the hour there were hundreds of people streaming in from all directions.

Second, American Jews showed up to defend their Muslim neighbors. It was touching and painful.

Third, the kids were alright. The young ones played in leaf piles, hung out in the water-less fountain, and unabashedly chanted protest slogans and held signs.

Someone at the rally said to us: “the kids will have memories of this.” 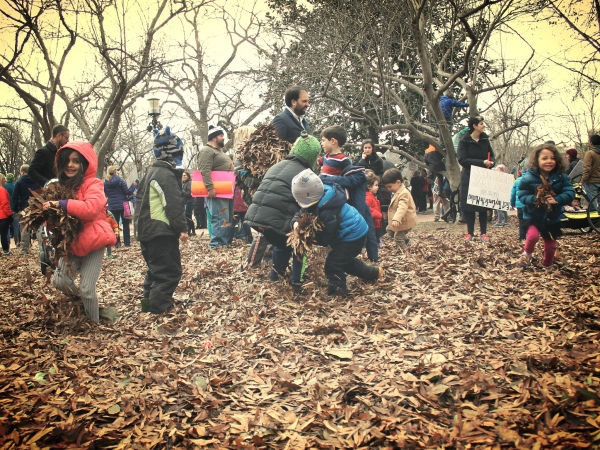 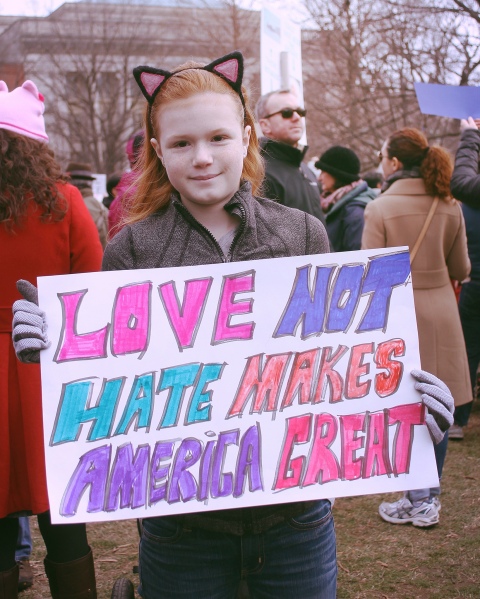 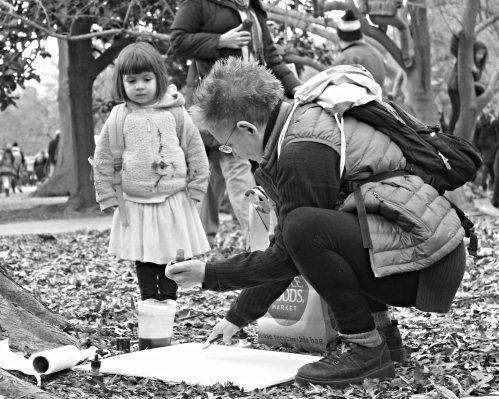 The older ones in high school and college brought their street game. A group of young men could be heard chanting:

“Fuck your wall…Fuck your borders…We won’t take your fucking orders.”

Fourth, the Muslims came out. They laughed, played tambourines and sang songs, and gave interviews to journalists. 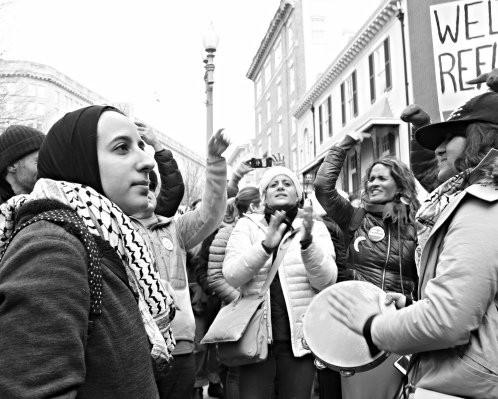 It seemed to be the right time for all of us to come out of the closet.

After all, we were among friends.