I wrote an article in The Huffington Post titled “More Than Just Campaign Rhetoric: Clinton Championed Equal Representation at State Department.” You can read it here.

The article describes how Hillary Clinton hired record numbers of women at the State Department above any of her predecessors. Below is some supporting data for the analysis, which is based on information retrieved from the State Department’s Office of the Historian.

Here’s a comparison of how presidential administrations since Nixon performed on appointing women to these positions:

Beginning with Nixon, I counted the number of positions and the number of times each position was filled since then. In all, I looked at 48 senior positions in the Department. For a full list of the positions analyzed and names of appointees, look here.

Here’s what I found:

There were 632 appointments made into these positions since 1969, of which 113 were women. This means that only 18 percent of all senior-level appointments at the State Department since this time have been women. That’s not a great statistic.

Here’s the most powerful part of this analysis:

40 of the 113 appointments – that’s 35 percent of all the female appointees ever – happened during the Obama administration. Half of those women arrived during the tenure of Secretary Clinton. 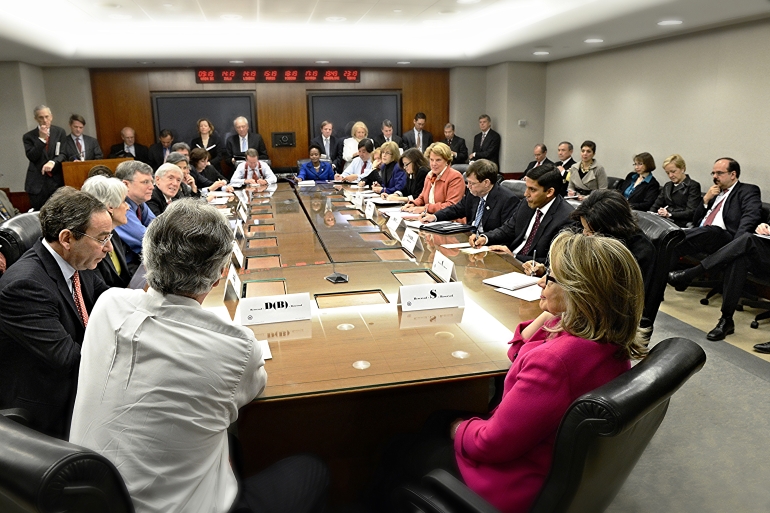 More Work to Be Done

The appointments of women in this analysis were spread out across 37 of the 48 positions, which means that nearly one-in-four of these positions have never been held by a woman.

Here is a list of the currently existing senior State Department positions in our sample that have never been filled by a woman.

I have no doubt that these positions – and others never held by a woman across the U.S. government – will be on Clinton’s mind as she crosses the finish line on November 8.

Note: The data analyzed in this post was taken exclusively from the Office of the Historian at the U.S. Department of State website. Therefore, some appointments may be excluded depending on the frequency with which the Office of the Historian website is updated and the site’s accuracy. Additionally, the analysis does not include ambassadorships or other senior positions such as special envoys or representatives that are outside the traditional bureaucratic structure of the Department.

Why Are Women So Poorly Represented in Foreign Policy? – The Atlantic

Hillary’s Fight for Women’s Rights – She Wins We Win