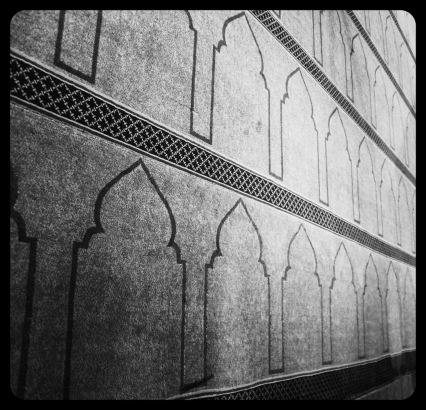 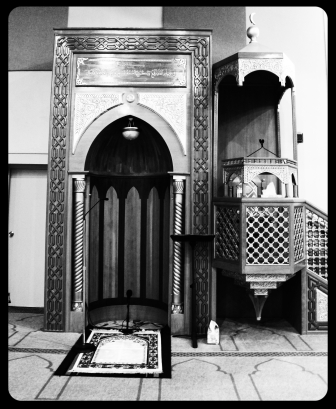 It rained the day after Thanksgiving in Toledo, Ohio, the city where I grew up and left over fifteen years ago.

I navigated puddles and avoided pellets of water as I carried my growing three year old daughter in my arms, headed for the entrance of The Original Pancake House. It is home of the famous apple pancake, an oven baked delicacy made of Granny Smith apples and a cinnamon glaze.

Our idea for post-holiday brunch was not unique. The place was packed with families of all kinds, a reminder that Thanksgiving is an occasion that gets celebrated across ethnicities, religions, and cultures.

Every time I visit Toledo, I am also reminded of the city’s subtle and humble diversity, an overlooked characteristic of a place that is often characterized as too homogenous. It is a label that has persisted, despite the large and varied immigrant population: Hungarian, Jewish, Polish, Indian, Pakistani, Arab.

I thought of Toledo’s diversity all the more last week, when numerous American politicians said they wouldn’t take Syrian refugees into their jurisdictions because of possible daesh infiltration.

The politicians could learn a thing or two from Toledo, which has a rich history of welcoming Syrian-Lebanese immigrants. They first arrived in Toledo in 1881, many of them leaving for greater economic opportunities but some also fleeing persecution by the Ottoman empire.

Decades of immigration created a community with major contributions to politics, entertainment, and the hospitality industry.

A drive through the city’s commercial areas reveals a vibrant Arab-American restaurant culture, with Lebanese food from The Beirut and the Italian-Lebanese restaurant Byblos among the best in town.

Toledo is lesser known for its humanitarian streak. But today, it is one of the few cities across the United States welcoming Syrian refugees with open arms. Lots of recent reporting has featured the experiences of newly arrived Syrians in the area.

An interesting detail is that the American Jewish Resettlement Agency HIAS is a major force in resettling these Syrian refugees – many of whom are Muslim – in Toledo. Other Jewish organizations also work to resettle Syrians in Toledo and elsewhere.

Muslim-Jewish ties in Toledo go back several decades. The America that I grew up in during the 1980s saw our minority communities link up with one another, both to be a stronger political voice but also to expose children to interfaith education, something both communities valued.

Surely the threads of this relationship have been tested and become worn at various political junctures, but at its seams, there remains a genuine commitment to learning and co-existence.

This is not to suggest that this experience is universal. Nor does it imply that the Syrian refugee crisis can be resolved through Muslim-Jewish bonds.

Rather, the problem is that the national-level political rhetoric coming from anti-refugee politicians does not reflect the true narrative of American diversity, which is so much more complex and nuanced than they would like to suggest or would ever understand.

Furthermore, political commentary that advocates keeping out Syrian refugees who are Muslim is offensive to many of us who know America to be so much more. We know because we came from places that offered much less.

The influx of Syrian refugees into the United States will inevitably slow down due to an increase in concern following the attacks in Paris. In reflection of that possibility, it is worth re-posting the official statement of Toledo’s newly elected mayor, Paula Hicks-Hudson, on the situation:

“As a compassionate city, we grieve for the people all over the world suffering loss for the acts of terrorism. We stand with those affected and offer our deepest sympathy.

As our city has done so in the past, we will remain a place of refuge. Our stance is part of our overall makeup as a compassionate city and based on a philosophy of basic human rights. We do not support terrorists or terrorism. Many of these refugees are families who are, in fact, fleeing terrorism in their homeland. Just as Toledo was a haven for Hungarian refugees in 1950s, we must continue to be one for people seeking safe havens.

Toledo joins with the Welcome Toledo-Lucas County Initiative in providing opportunities for people to find a place of refuge. As part of the initiative, Homeland Security provides rigorous background checks that can take up to two years on émigrés to the United States that are seeking permanent residence here, such as the Syrian refugees. We will continue to work to be a welcoming and inclusive community.”

Amid the fear and rhetoric that has become an unfortunate feature of our national discussion on refugees and Muslims, the example of Toledo reminds us that it is our compassion, generosity, and strong sense of community that makes us American.

The Last of Little Syria, a documentary film on Syrian Americans in Toledo, OH, produced by The Blade