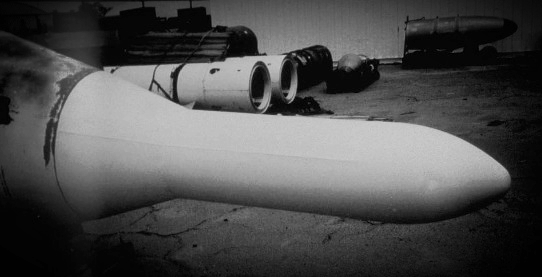 Last week, Washington Post columnist David Ignatius broke the news that the United States was in talks with Pakistan to limit and control its nuclear weapons delivery systems.

Ignatius also claimed that such a deal might lead to a civil nuclear deal similar to what the Indians got from the Americans in 2005. In response, Indian diplomats and lobbyists made frantic calls to Foggy Bottom and Capitol Hill, and Pakistan experts discredited the prospects of such talks.

As a follow up, David Sanger wrote in The New York Times that the talks were in fact real and led by Peter Lavoy, Senior Director for South Asia at the White House Security Council.

Many of us are surprised by the news, but we should be clear about one thing – the United States and Pakistan have always talked nukes. It is the core interest for the Americans in Pakistan and will persist long after al Qaeda, the Pakistani Taliban, and a handful of other local anti-American militant groups fall off the American radar.

It is no surprise that Peter Lavoy is at the helm of U.S. South Asia policy as this development unfolds. In a 2006 paper, Lavoy discussed the need for American non-proliferation policymakers to understand Pakistan’s feelings of insecurity vis-a-vis India – and how much they factor into its nuclear posture:

Could it be that someone in the U.S. government is trying to actually understand the Pakistanis and…wait for it…act on it?

But will the Pakistanis be able to meet the eagerness of the Americans? Probably not. Pakistan would never agree to limits and controls on its nuclear arsenal without a deal comparable to India’s 123 Agreement. After all, the whole point is that it is threatened by India, right?

Plus, the Pakistanis are smart enough to know the Obama administration is already a lame duck, especially when it comes to pushing complicated and controversial pieces of legislation through Congress, which would have to approve any such deal.

For now, kudos to Lavoy and his colleagues for pushing this important issue, which has terrified me all the more since I read “The Ally from Hell.”

And it continues to keep Obama up at night no doubt.